Around 8:30 am, after an hour of waiting, it became clear that Igor wouldn’t show up any time soon. He had promised to meet us early this morning to take us in his jeep up to the mountains where his 2000 sheep graze. We wanted to watch and photograph the daily milking, still done by hand on the meadow by shepherds who spend all summer up there with the animals. Now our mission was on the verge of failing.

The night before we had left Igor around midnight with a freshly opened but already half empty bottle of Borovička (Slovakian juniper Schnaps), a full beer, a few pieces of smoked „nite“, Slovakian string cheese, and the company of Stephan and Veronika, our travel mates. All we found in the morning was Stephan’s car in a ditch and no trace of our friends, the Schnaps, or Igor.

Igor is one of the last remaining artisanal producers of  Bryndza (or Brimsen in German), a coarse type of fermented fresh cheese, traditionally made of 100 percent raw sheep’s milk during the summer when the animals are on the pasture.  First, the sheep’s milk is turned into a light and lumpy cheese and the whey is drained off over two days in linen cloths. Then the cheese is left to ferment for about ten to twelve days on wooden boards until it develops a distinct aroma and crumbly texture. The spongy loaf is then grated and salted. The result is a salty, spicy, pungent, sometimes even sharp, umami-packed lump, with a distinct hint of sheep in the aftertaste. (The drained whey is allowed to ferment and drunk as a slightly fizzy, very refreshing summer drink) 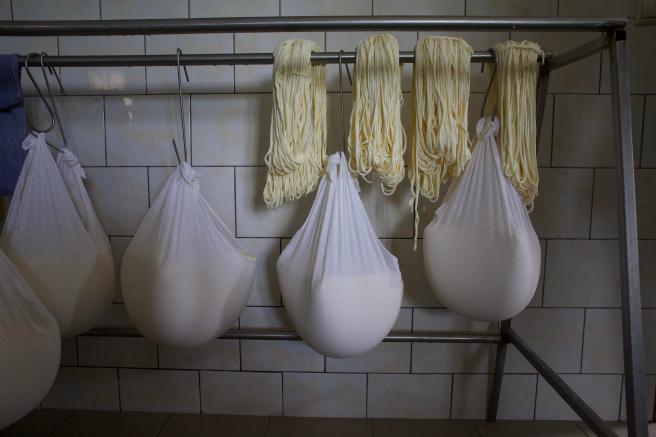 Bryndza is the pride of Slovakian cheese culture and a border-crossing symbol of Central Europe’s culinary heritage: Bryndza is one of the three ingredients in Slovakia’s national dish Bryndzové Halušky (the other one being potato dumplings and bits of deep fried bacon) and the most popular filling and topping for Pirohy, Eastern Europe’s dough-heavy version of Ravioli. Both are an excellent base for Schnaps, as we had discovered, after we had enjoyed both dishes in Igor’s restaurant.

For me, being Austrian, Brimsen plays a different but equally important role: it once was the defining ingredient of Liptauer, my home country’s most beloved spread. Every single one of the thousands of Heurigen (simple winery eateries), that dot the Austrian countryside, serves it, and every child expects to be fed it with bread, or even better, Soletti (a type of super crispy super salty bread sticks) all through summer.

Back in the old days when Slovakia was still part of the Austro-Hungarian empire, Brimsen was exported from its central and eastern hilly region (the region of Liptov, or Liptau in German,  hence the name) to Vienna, the capital. Two world wars and over 40 years of communism put an end to this practise: today, mostly Topfen, a kind of mild fresh farmer’s cheese, is used for Liptauer, along with a bunch of pungent ingredients like anchovies and capers, to make up for the lack of flavor of the Topfen itself.

We had come to Slovakia with Stephan, a cheese dealer, and Veronika, a Slovak friend, to (re)discover the old Brimsen and its roots. But it seemed as if another Slovak culinary pride, Schnaps, had put an early end to our mission. 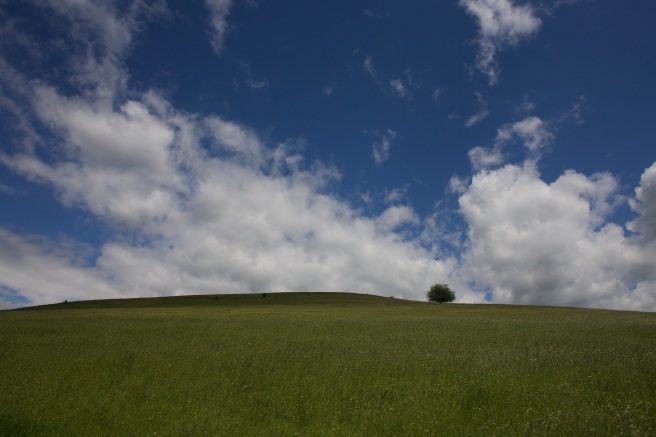 Slovakia is a broad but not particularly tall country. In the far West, on the border with Austria, is the capital, Bratislava. The area is very flat; the Alps peter out in eastern Austria, and the plains stretch out across Hungary and Slovakia.

We drove almost directly east from Vienna. Slowly, the plains turn into rolling hills, and the rolling hills become thickly forested ranges. It’s here, in the centre of Slovakia, in the National park Muránska planina, that flocks of sheep are kept in the traditional way, and the traditional cheeses are once again being made.

During the four decades of communism that ended in 1990, small-scale production of local delicacies and specialities halted – everything became centralised, mass-produced. Instead of a multitude of small farms making cheese in their own special way, there were two big factories producing the local cheeses. As a result, many skills were lost. But they are now slowly coming back.

As the sun rose over Igors farm, it became clear that we would not see the milking – Igor had insisted we couldn’t reach the meadows without an off-road vehicle. But stumbling around the farm complex and chatting to shepherds, we finally managed to find the cheesemakers.

In a tiled room with two sunny windows, two women were working who appeared to have been lulled into a state of extreme calm by the cheese making. To the right, pure white cheesecloth hung, filled with fresh cheese that would be left for two days. In one corner, a stove with two big pots filled with gently simmering cheese water. Under one window, a long work bench containing the tool of their trade – a big grater, a few plastic buckets, a few plastic sieves.

The women were making Nite and Korbáčiky – a sheep string cheese that tastes and feels a bit like though Mozzarella or Queso di Oaxaca.. They took the two day aged fresh cheese that was shaped like a loaf of bread and filled with bubbles from the fermentation, grated it, and put a loaf size amount in a sieve. (The Bryndza is made from the very same fresh sheep’s cheese, but is aged instead for twelve days and then ground and salted). They took the sieve to the stove and heated up the cheese, it melted, and they pressed out the air, and started to work the dough, pulling and squeezing.

When it became soft enough, they began to pull it into strings less than a centimeter wide. The timing is crucial: there is a point at which the cheese is the softest – the moment right before the dough ‚breaks‘ and turns hard. It takes a lot of experience to find this moment and make the best cheese.

The result is eaten either fresh or cold smoked for a couple of days until it tastes a lot like the fire that once burned in the smoking shed. It is eaten as a snack or a starter (with Schnaps), or, as Stephan would point out, sold to meat craving vegetarians, who find it reminds them of bacon.

A few hours later, we were standing high up on a rolling mountain slope, looking down on a flock of sheep peacefully grazing in the sun. Stephan and Veronica had reappeared. We had driven off to find another cheese maker that would take us to his sheep and had found Lukáš Zvara, son of Jozef Zvara, and the third generation of sheep breeders and cheese makers.

Lukáš  grandfather had been tending sheep, and his dad had been one of the very few people who continued their trade through the communist times. “His cheese is much better than Igor’s”, Stephan kept saying, a line he had repeated numerous times the night before in German, under the rather wrong impression Igor could not understand him.

Undeniably, Zvara´s Bryndza tastes quite spectacular, with a balanced pungency and salinity and a sheep aroma that is just right. Even his Korbáčiky, a cheese genres that can be verging on the boring side for non-Slovakians, has a certain richness and edge that makes it fun to chew (and pull) on.

His sheep and the sheperds had just arrived on the mountain a few weeks ago. They were going to spend all summer on the meadows above 1000 meters of sealevel, protected from wolves and bears in the surrounding forest by three shepherds and a bunch of giant working dogs.

Now, during the day, the sheep where peacefully grazing on  spring gras and mountain herbs. The young and tender plants are the reason that “May Bryndza” from the beginning of the season is considered the best Bryndza of them all.

They wouldn’t be milked until the early evening and we had no time to wait for the spectacle – we took a few photos of the scenery and were back on our way to Vienna. We never found out for sure why Igor did not show up in the morning – if he just was sick from too much Schnaps, or insulted by Stephans comments. We did find out how and why Stephans car ended up in the ditch, but what happens in Slovakia stays in Slovakia. Apart from the cheeses, thankfully.

You can buy fresh Bryndza from the Zvara family every Saturday in Vienna at Stephans three cheese stalls or online – more information here.